Aflex Universal Expansion Bellows allow for movement in all directions, in both single and multi-plane configurations. UEB assemblies are for low pressure applications only, up to 100kpa (depending on diameter). As it is an unrestrained expansion joint that will exert pressure thrust, they are only used in low pressure applications such as exhaust lines. If a UEB was used at higher pressures, the bellows would generate a very large pressure thrust that could damage the pipeline and other equipment in the system. At high pressures a UEB has a lack of column stability, which could cause failure of the bellows. 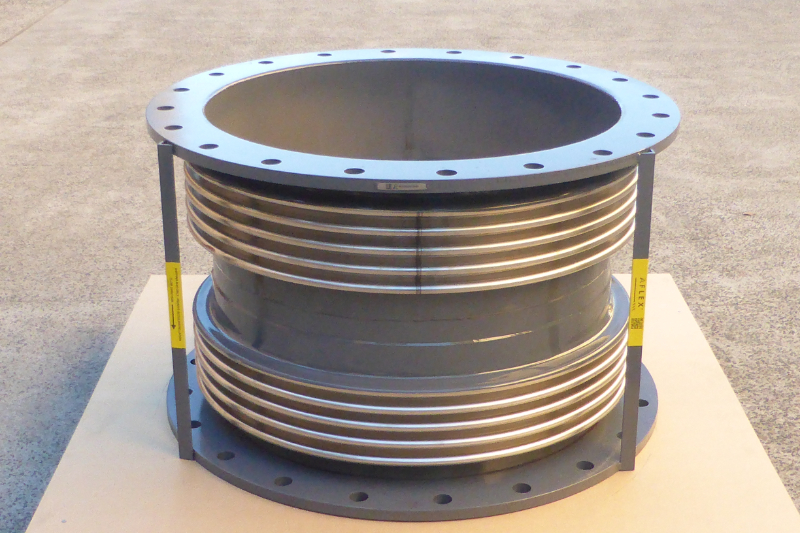 Since the UEB assembly is unrestrained, it allows for axial, angular and lateral deflections in any direction, to suit the movement of a pipeline. Although it is used in low pressure systems, adequate anchors and guides must still be in place to absorb the pressure thrust generated by the UEB.
The diagram on the right shows an example of a UEB being used in a 90° offset piping leg to absorb the thermal expansion of the adjacent sections of pipe.